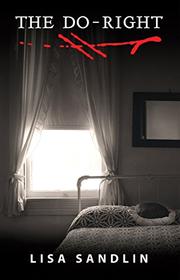 A former oilman and a determined parolee form a detective team in Texas’ bayou country.

Delpha Wade is conscientiously following her parole officer’s rules for finding a place to live and a job: act as polite as possible and ask for what she needs. This double-A advice lands her a room in the New Rosemont Hotel in exchange for looking after the owner’s ancient aunt and a day job as secretary for Tom Phelan’s brand-new detective agency. She does more than ask for the job: she greets the first customer, who's been drawn in by an ad in the Beaumont Enterprise, and starts acting like Tom’s secretary before he’s even agreed to hire her. Tom, who recently lost part of a finger on an oil rig, wants to keep the remaining nine digits and has put all his workers’ comp into this new business. But Delpha’s 14 years for voluntary manslaughter at the Gatesville Women’s Prison, known locally as the Do-Right, taught her more than bookkeeping and typing. She learned more about what got her there in the first place for killing one of two men who were raping her—the will to survive. Now she’s just what Tom needs to nudge him into taking the case of a missing boy and help with the stakeout of a cheating husband, the recovery of a missing artificial leg, and the mystery of a possibly poisoned dog. In her off hours, Delpha helps her landlady seek a mysterious Tiffany item and starts a love affair with a Princeton dropout. While the Watergate hearings blare in the background and Beaumont’s colorful citizenry discusses them and every other topic large and small, Tom’s admiration for Delpha grows, along with his unease about the adulterous husband and the only temporarily missing boy. But in his blossoming detective zeal to dig more deeply into the cases, he doesn’t realize how much he’s endangering his able sidekick.

Despite plot pieces that fit together a little too snugly, Sandlin blends pathos, humor, and poetic prose in a strong debut.