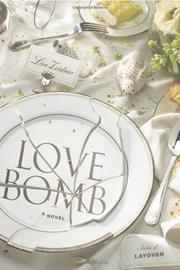 Given the country’s recent spate of shootings and hostage takings, readers may feel a tad squeamish while chuckling at this comedy about a wedding party taken hostage by a masked and heavily armed gunwoman.

The Nathanson-Billips nuptials are about to begin in the Haddonfield, N.J., home of bride Tess’ mother. A psychotherapist divorced from Tess’ psychiatrist father, Helen is already anxious about the wedding—rain has forced the garden party inside her cramped house and there are a number of guests who might not want to rub shoulders too closely, including ex-wives and jilted lovers. Then, a woman in a wedding dress and a gas mask arrives with a sawed-off shotgun, lots of ammo and a bomb. At first, the caterers and 55 guests assume she is part of the entertainment since Tess and groom Gabe, a biracial performance artist, like to be unconventional. But soon, the masked intruder has barricaded everyone together into one room, and she makes it obvious that her bullets are real. Still, the tone remains light, a comedy of manners about the unlikely mix locked in together: the five Jewish psychiatrists (including not only Tess’ father, but also Gabe’s Jewish maternal grandfather), Gabe’s macho/military African-American paternal grandfather, Tess’ two stepmothers and their problematic children, the African friends Tess and Gabriel made while working for Doctors Without Borders, Gabe’s actress sister and her more-famous-actor date, a catering assistant with a stalker. The novel’s strongest element is the individual hostages’ stories about failed love that emerge, both entertaining and sad. But actually, the hostage taking does not concern anyone in the wedding. In fact, the gunwoman, Crystal, has staged the event to get the attention of her former lover, Van, a member of the police SWAT team, whom she has been stalking since he unceremoniously dumped her. Unfortunately, her story is more cartoonish than satirical.