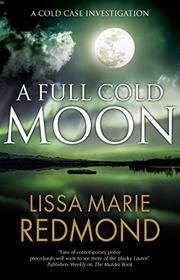 A Buffalo cop adds yet another bizarre case to her string of bad-luck investigations.

Police detective Lauren Riley’s badly injured partner, Shane Reese (The Murder Book, 2019, etc.), is recovering in Lauren’s home while she’s transferred from working cold cases to Homicide till he returns. Lauren’s stuck working with a detective soon to retire in what looks to become the tricky case of Gunnar Jonsson, from Reykjavik, found beaten to death with a brick near his upscale hotel. Although Buffalo has its share of murders, few of the victims are foreign citizens, so the FBI quickly becomes involved. A search of Jonsson’s room reveals DNA test results that explain his reason for visiting Buffalo: his discovery of the father he never knew. The product of a one-night stand, Gunnar has a half brother in Iceland and two newly discovered American half siblings, Brooklyn and Ryan, whose seriously ill father, John Hudson, had recently won a multimillion-dollar settlement that gives all his relatives a very good motive for murder. Lauren’s FBI partner, Special Agent Matthew Lawton, a computer expert with no real crime-solving experience, pitches in, and they turn up a new lead when the hotel’s daytime desk manager reveals that Gunnar was sharing a room with a Mr. Steinarsson, whom she assumed was his husband and who checked out the day of Gunnar’s murder. Pressed by the Icelandic government and the wealthy Mr. Hudson, the police and FBI send Lauren and Matt to Iceland looking for more clues while their colleagues keep after Brooklyn, a drug addict, and Ryan and his wife, who still seem like the best bet. In Iceland they partner with Berg Arnason as they seek out Steinarsson, a wealthy, well-connected businessman so determined to evade them that they begin to wonder what he’s hiding.

A prime character-driven procedural with the added allure of Iceland.