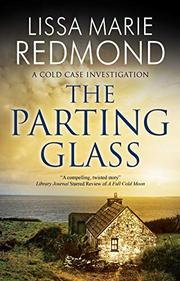 Two Buffalo detectives have yet another brush with death.

Lauren Riley and her partner and housemate, Shane Reese, have an intense and complex relationship on the cusp of being sexual. They are such stars at solving cold case murders that they’ve earned the enmity of Buffalo Police Department higher-ups annoyed with their fame. Forced to have her annual physical, Riley is bummed when she’s put on medical leave after refusing to admit she hasn't fully recovered from having been stabbed in another high-profile case. Bored, she renews her private investigator’s license and waits for an interesting case, which promptly appears when Sharon Whitney hires her to go to Ireland to find a Picasso that was stolen 40 years ago, while she was still married to Howard Whitney. Although the couple divorced and split the insurance payment of $3 million, the painting is now worth $20 million, and they both want it badly. Nothing was proven against the lead suspect, handyman Jimmy Breen, and he returned to Ireland. Riley convinces Reese to join her for a working holiday, and they arrive at a B&B in Keelnamara to learn that the Garda have ruled Breen’s recent death a murder and his tiny house has been trashed. When someone scours their room at the B&B, they realize that the painting has yet to be found. Since everyone in the small community knows about the missing painting, even the local Garda is suspect. The stakes are raised when a pub owner is tortured and killed. Riley and Reese keep a step ahead of the Garda and solve the complicated case, but their relationship and Riley’s prospects are still far from certain.

The partners dance around their powerful feelings in a stunning Irish landscape, making this far more than an ordinary procedural.