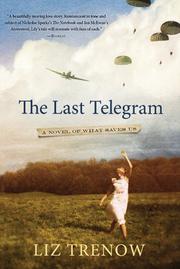 Lily is in the twilight of life as she sorts through the remnants of her past at her rural British home, The Chestnuts. When her granddaughter finds a locked briefcase in a closet, she’s flooded with memories of her youth, including a guilty secret she’s harbored for many years. Lily’s story, told in hindsight, is the tale of a young woman who discovers love and purpose while learning the intricacies of the family business under the tutelage of Gwen, the assistant factory manager. As her friendship with Gwen deepens and the inevitability of war edges closer, Lily excitedly accompanies her brother to a party where she meets pilot Robert Cameron. He visits the family at The Chestnuts and persuades her father and brother to invest in machinery that will enable the mill to manufacture silk for parachutes. A wise venture, their business deal keeps the factory operating and enables the Verner family to sponsor three German refugees and to provide them with jobs and a cottage. Much to her father’s dismay, Lily rebuffs Robert’s romantic advances and falls in love with Stefan, one of the refugees. She’s heartbroken when England enters the war, her brother enlists in the RAF, and Stefan and the two other refugees are taken into custody and shipped to an internment camp in Australia. As the war rages, Lily becomes her father’s assistant and suddenly is thrust into the directorship, which she manages with Gwen’s assistance. She and Stefan have kept their love alive via post, and when he returns to England, now called Stephen Holmes, their romance strengthens. The story takes a predictable path and ends on a too-perfect note, but nevertheless, it’s worth reading.

Trenow, who serves as a perfect example of the old adage that you should write what you know—she’s the descendant of generations of weavers—has penned a mellifluous, impeccably researched narrative.