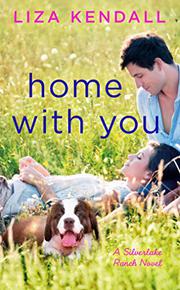 After he buys his best friend’s family’s Texas farm to help them out when their father falls ill, billionaire Rhett Braddock is surprised by the resentful push back from their daughter Julianna, the woman with whom he recently shared a searing, secretive one-night stand.

Rhett was on track to attend a prestigious East Coast boarding school on full scholarship when his parents died, and his eldest brother sent him anyway, loath for him to miss the opportunity. The experience was horrible and also made him feel alienated from his family and his hometown, though his best friend, Grady Holt, was always there for him, even in the darkest days. So when Grady’s father is diagnosed with cancer, Rhett agrees to buy the Holt family's farm so the illness won’t threaten them with financial ruin. Grady’s sister Julianna is currently managing the farm, and they protect her job as part of the agreement. What they don’t do is consult her in any way before the sale happens, making her feel disrespected and angry. Especially since she and Rhett had spent a scorching night together in Dallas only a few weeks earlier, which he had immediately regretted because of Grady: “There was no explaining to Grady, who’d kill him if he ever found out.” But now that Rhett is finally returning to Silverlake, he’ll have to deal with his own family’s long-standing misunderstandings as well as Julianna’s valid hurt and bitterness and a wealth of complications from their Dallas encounter. The Silverlake Ranch series continues with another sweet, sexy Braddock romance, more complicated family issues, and, once again, a lot to love. However, there’s an uncomfortable amount of reactive paternalism and toxic masculinity that gets joked about by the women of Silverlake but is never actually addressed in any meaningful way.