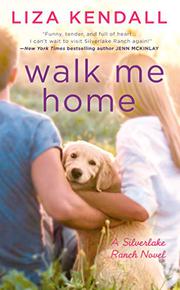 A young woman separated from her high school sweetheart by tragic circumstances returns to her small hometown and confronts the shadows of their past.

When Charlotte "Charlie" Nash returns to Silverlake, Texas, to take part in a cousin’s wedding, she realizes things might not be easy. She and her family moved from Silverlake to Dallas 12 years ago, after her grandparents’ home burned down and her grandmother was killed in the fire. Her family, especially her grandfather, blamed Jake Braddock, Charlie’s first love and her brother’s best friend. Charlie has visited her grandfather since but barely interacted with anyone else except her best friend—and Jake's sister—Lila, who's the wedding coordinator. When the wedding plans go awry, impeded by bad luck and an increasingly difficult bride, they’re suddenly short a groomsman and Jake is partnered with Charlie, to their mutual dread. Meanwhile, her grandfather is in the hospital and expects Charlie to act as his proxy to the town council, speaking out against the paid fire department where Jake works, a perspective everyone considers a vendetta against Jake and the department. Just as Jake and Charlie begin to move past their wounds, they’re embroiled in more family and civic strife, and Charlie makes things worse by trying to appease everyone. Debut author Kendall creates characters to root for and a town full of personality then ratchets up the conflict. It all ends well, but there's an uncomfortable tug of war when nearly everyone is conciliatory when they should be taking a stand, and hiding secrets that should have been shared years ago.

It's complicated! And mostly satisfying, though sometimes frustrating.

TOO SWEET TO BE GOOD
by K.M. Jackson
Fiction

SMITTEN BY THE BRIT
by Melonie Johnson
Fiction

THE ONE FOR YOU
by Roni Loren
Fiction