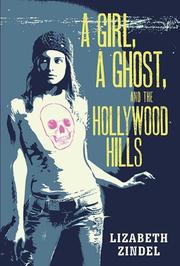 A GIRL, A GHOST, AND THE HOLLYWOOD HILLS

For her third outing, Zindel (Girl of the Moment, 2007, and The Secret Rites of Social Butterflies, 2008) takes a stab at updating Hamlet, transforming the melancholy Dane into a California girl mourning her mother's suicide—or was it? At boarding school back East, Holly has been ignoring her father's e-mails for months, attempting to block out the reality of his newfound romance with—ew!—Holly's late mother's sister, Claudia. Stuck at home for two weeks on Christmas break, fueled by grief and visitations from her mother's ghost, Holly's loathing and resentment of Claudia blossom into suspicion that her aunt poisoned her mother, so she sets out to prove it, with disastrous but ultimately life-affirming results. A novel about a teenager struggling to adapt to her radically changing family dynamic in the months following her mother's suicide is a very worthy type of book. That novel, however, saddled with the author's determination to shoehorn in thinly drawn stand-ins for Polonius, Ophelia and Laertes, as well as Rosencrantz and Guildenstern and an iMovie version of the Claudius-poisons-King-Hamlet play (starring rowdy Australians), is a hot mess. (Fiction. YA)