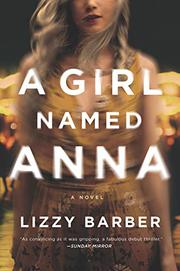 On the 15th anniversary of her sister’s disappearance, a young woman launches her own investigation in British author Barber’s U.S. debut.

Rosie Archer was only a baby when her 3-year-old sister, Emily, disappeared at Astroland, a Florida amusement park they visited while on vacation from England. Her parents haven’t given up hope that Emily is still alive, but Rosie and her younger brother, Rob, have largely borne the brunt of the fallout. The high profile of Rosie’s famous music producer father has ensured that everyone knows who Rosie is. It’s not the kind of celebrity she wants, and her parents are understandably overprotective; Rosie chafes at this situation with risky behavior. Fifteen years haven’t blunted the guilt and blame that cycle between Emily’s parents, and while it’s obvious they’ve done their best by Rosie and Rob, the siblings' lives have been irrevocably shaped by the sister they never knew. When Rosie finds out that the trust set up to fund the search for her sister is about to run out, she decides she’s going to find out what happened to Emily and hopefully get closure for herself and her family. Meanwhile, in Florida, 18-year-old Anna Montgomery lives with her reclusive, ultrareligious mother, Mary, and is ecstatic to be heading for the forbidden Astroland with her boyfriend, William. It’s there that she flashes on some disturbing memories, and a letter hand-delivered to her mailbox calling her by another name causes Anna to question her entire existence and do a little digging (literally) of her own. Readers will quickly know the “who” of the story—it’s the “why” that’s the focus, and Rosie’s and Anna’s dual narratives lend intimacy and emotional resonance. Anna’s story often veers into Carrie territory, and Barber renders the Archers’ heart-wrenching plight with realistic emotional intensity. While it stretches credulity a bit that a teen, even a clever one like Rosie, would have more luck than all those Scotland Yard investigators and private detectives, readers willing to just go with it will find a lot to enjoy.

A page-turning look at the aftermath of a parent’s worst nightmare.