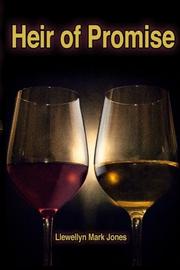 Jones, a veteran Canadian playwright, provides an engaging twist on the nurture-versus-nature conundrum in this novel.

In the late 1960s, Jake Chin, a California teenager, enlists in the U.S. Marines to fulfill a sense of familial obligation. Like many other young men of his generation, he gets sent off to Vietnam to keep the geopolitical dominoes from falling. This enables his twin brother, Harry, his father’s favorite, to attend college instead of him. But Jake demands a steep price for sparing his brother: “Since Harry goes to college and I go to Vietnam, Dad gives me the winery....Mom gets it if I die.” While attending the Defense Linguistics Institute, Jake meets his good friend Bohdan Chin, a Canadian volunteer born on the same date as Jake, and the “Double Chins” end up serving in Special Operations together. The pair soon grow to hate the war, and when a tragedy hands Jake a way out, he takes it. To do so, however, he leaves behind his country and family and begins a new life. He enjoys a new relationship, makes new friends and attends college, all the while fearing that his deception will fall apart. As a result, he accepts that he’ll have to evolve as a person. Jones skillfully uses Jake’s emotional metamorphosis to provide a window on the tumultuous times of the late 1960s and early ’70s. Specifically, he shows how the war declined in popularity and how radical youth upended American culture. The author also includes a liberal dose of suspense, as circumstances keep sending Jake back to his California home. He even mixes in a little mysticism, as well, with a wise Laotian rebel who pops up at key moments to bail Jake out of trouble. The result is a heady brew that will have readers rooting for Jake during the many difficult changes in his life.

An intriguing portrait of one American’s life north of the border during the Vietnam era.