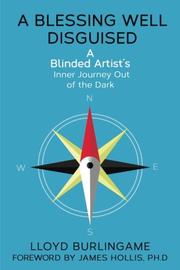 A Blinded Artist's Inner Journey Out of the Dark

In this candid memoir, Broadway and opera stage designer Burlingame (Sets, Lights, & Lunacy: A Stage Designer’s Adventures on Broadway and in Opera, 2013, etc.) shines the spotlight on his broken childhood and his painful—but enlightening—loss of eyesight.

In 1966, Burlingame was only 31 but was just starting to receive professional accolades as a stage designer on Broadway in addition to his working with the renowned producer David Merrick. Burlingame ultimately became co-chair of the design department at NYU’s Tisch School of the Arts, but he continued to grapple with turmoil caused by his past. As a gay man who grew up in the 1930s and ’40s in Arlington, Virginia, Burlingame had learned to hate himself and his abusive, alcoholic father, who once threatened his mother with an ax. To make matters worse, the author discovered that he was slowly going blind. His job at NYU allowed him the financial privilege of receiving psychological help from Edward Edinger, an influential Jungian analyst. This honest, swiftly paced account details Burlingame’s 20-plus-year journey of self-discovery as he came to terms with the past and prepared for a future without eyesight (he’s now fully blind). A fan of Jungian analysis, Burlingame includes color pictures of his own dream-inspired artwork, as well as descriptions of some meetings with Edinger. He first thought of his blindness as a curse from an evil god who poked out his eyes, and he wondered how a blind artist could be any good. Yet as he realized his own self-worth, he eventually considered his blindness to be a blessing: “Going to the heart of the matter, maybe one way to understand ‘what good is a blind man?’ is to ask the fundamental question ‘what good is any man or woman?’ ” Burlingame admirably reinvented himself: Unable to design sets due to his failing eyesight, he embraced the art of quilting. Though at first he was afraid to walk with a cane through the sometimes-hostile streets of New York City, he eventually fell in love with two guide dogs who helped him navigate. Unlike his father, who committed suicide, Burlingame made peace with the past and at almost 80 has learned to love his inner child and “inner gay brother.”