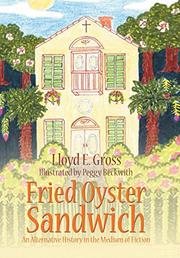 A debut alternative history novel tracks a family through the century following the South’s victory in the Civil War.

New Orleans, 1909. Forty-four years after the South won the Civil War, Tulane student Eric Kaufmann, son of a German immigrant, proposes to the half-Cherokee Stephanie Weaver, forming a future-minded couple for a new Southern century. The issues of the day are the same that affect the Confederate States of America’s former enemy (and current ally) to the north: economic development, women’s suffrage, an entangling war in Europe, and the demands of modernization. Their son, Henry, becomes a radio pioneer and founds his own political party to address the creep of industrialization, a common currency with the United States, and the vulnerabilities of the still-extant Hapsburg-helmed Mexican Empire. A third generation of Kaufmanns is born and raised in New Orleans, and with that group the family becomes ever more cosmopolitan, politically engaged, and influential to the culture of the CSA. Three historical appendices detail the ways in which the Confederacy won the war and made peace with the Union as well as how it involved itself in Mexico on behalf of its ally France and thereby propped up the Mexican Empire. Gross’ narrative voice successfully evokes early-20th-century manners. Everything is stated politely, even dramatic incidents: “Stephanie gave a short scream. She had an unusual fear of crustaceans.” The author dodges the issue of slavery, mentioning in the Introduction that the Confederacy’s raison d’être was abolished in the CSA within a generation of the war’s end: “There was very little conflict about it, and very little disruption. Employment replaced slavery. The law of supply and demand generally determined wages.” (He goes out of his way to mention that the last pro-slavery holdout in the CSA was the Cherokee Nation, oddly.) This tactic clears the way for Gross to explore the issues of the 20th century through a Southern lens. But the novel never feels like more than an intellectual exercise. Told mostly as exposition and overly concerned with the religions and marriages of the various Kaufmann offspring, the book will likely appeal to only the biggest alt history fans.

A dry tale that imagines an independent South in the 20th century.

THE MAN IN THE HIGH CASTLE
by Philip K. Dick
Fiction