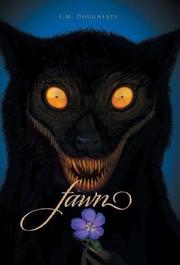 Eleven-year-old Freya Ward and her parents have just moved to acreage in the country. She already misses her friends Amanda and Chelsea, who will have to visit on weekends. When the Wards reach their new residence, “a steal for the price,” Freya dashes into the woods behind the old house. After battling through some tough undergrowth, she finds a clearing. She then hears a “hauntingly eerie, yet beautiful” sound. Near a rocky basin of water, she sees something that at first appears to be another mossy boulder. This is Fawn, who looks like a giant lemur who’s hatched from the woods itself. Fawn has entrancing eyes, rows of sharp teeth, and a lovely voice. Freya befriends the strange creature, but when she tries to leave, Fawn threatens to eat her—and the girl barely escapes. Two weeks later, the family has settled in a bit. Freya wonders if she imagined the encounter. She and her father decide to build a treehouse in the woods. It’s then that she meets a ghostly boy with sunken eyes who says, “Look behind the door in the basement.” In this chilling novel, Dougherty tests young horror fans with a Brothers Grimm–style descent into a magical realm called the hollow. Her prose conveys the primordial wonder of the forest, as in the line “Shafts of sunlight that made it through the trees illuminated specks of dust that were floating in the air.” Psychological aspects of the story are just as detailed, as when Freya tries to explain Fawn to Amanda and Chelsea, but “they really did not understand the scope of what was happening...and she envied them a great deal for that.” The author unspools deeper weirdness with the hollow, a labyrinthine inner wood where beings like Twitch, Meathead, and the enigmatic Root await discovery. A satisfying ending should have fans begging to learn what happens next.

With all the trappings of straightforward horror, this tale kicks down genre doors to become a glowing adventure.