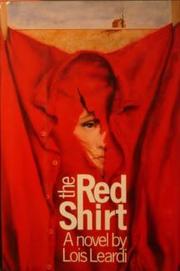 A slender first novel that, in a series of short, impressionistic chapters, tells a disturbing tale of a young woman's love and hate for her frequently abusive father. Abandoned at the age of one by her mother Patience, who goes back to New York (working the streets there is the only way she could forget her passion for her brother Octavio), young Hannah keeps house for her father Jackson, an unsuccessful folk-singer. The two live on the shores of the Hudson River, where they raise goats to supplement the money Jackson earns by working in factories by day and singing in small, run-down clubs by night. While a senior in high school, Hannah has suddenly stopped speaking. She has forgotten the cause and can think only ``that it had been, perhaps, nothing more than the slow, sad welling up of pain.'' Deciding to ``speak and then she was going to leave,'' she confronts Jackson, whom she does not blame, though she hates him. Jackson for the first time tells Hannah about her mother, but when Hannah learns that Jackson is dying, she decides to stay on and, together with a young musician whom Jackson has befriended, nurse him. Jackson's death is the necessary catharsis, and wearing her father's red shirt Hannah retreats inside a closet. In the hospital, a doctor finally persuades her to remove the red shirt. What's revealed goes some way to explain Hannah. ``This is the beginning of sanity,'' the doctor suggests, and Hannah soon agrees. Now she ``was at the very beginning.'' Strong writing and vividly evoked scenes are undercut by a somewhat episodic structure and by characters who seem more vehicles for ideas than independent entities. Still, an interesting debut—and a writer to watch.