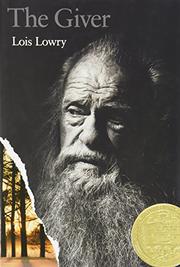 From the Giver Quartet series, volume 1

In a radical departure from her realistic fiction and comic chronicles of Anastasia, Lowry creates a chilling, tightly controlled future society where all controversy, pain, and choice have been expunged, each childhood year has its privileges and responsibilities, and family members are selected for compatibility.

As Jonas approaches the "Ceremony of Twelve," he wonders what his adult "Assignment" will be. Father, a "Nurturer," cares for "newchildren"; Mother works in the "Department of Justice"; but Jonas's admitted talents suggest no particular calling. In the event, he is named "Receiver," to replace an Elder with a unique function: holding the community's memories—painful, troubling, or prone to lead (like love) to disorder; the Elder ("The Giver") now begins to transfer these memories to Jonas. The process is deeply disturbing; for the first time, Jonas learns about ordinary things like color, the sun, snow, and mountains, as well as love, war, and death: the ceremony known as "release" is revealed to be murder. Horrified, Jonas plots escape to "Elsewhere," a step he believes will return the memories to all the people, but his timing is upset by a decision to release a newchild he has come to love. Ill-equipped, Jonas sets out with the baby on a desperate journey whose enigmatic conclusion resonates with allegory: Jonas may be a Christ figure, but the contrasts here with Christian symbols are also intriguing.