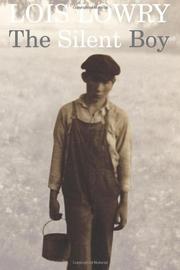 Around her private trove of atmospheric old photographs, Newbery winner Lowry (The Giver, 1993; Number the Stars, 1990) spins a patchy but sensitive tale of a country doctor’s daughter observing the lives of those around her—in particular the women, and a mentally disabled teenager with a strong affinity for animals. Writing as an older adult, Katy looks back to 1911, the year she first became aware of the new hired girl’s brother Jacob. “Touched by God,” according to his mother, dubbed “imbecile” by ruder locals, Jacob never speaks, does not go to school, and never makes eye contact. But he ably helps to care for the livestock on his family’s farm, whether it be with routine milking, or the delicate task of persuading a ewe to accept a lamb rejected by its own mother. Taking her cue from the steady, tolerant adults around her, Katy treats him with respect, learning to be comfortable around him in their occasional meetings, and even to understand him a little. Jacob passes in and out of view as other events, from the arrival of a new baby in her household, to the planning of her ninth birthday party, not only absorb more of Katy's attention, but give her narrative an episodic structure; several of the characters, in fact, seem constructed more to flesh out the photos at their heads than to advance the story. Jacob's story ends in a tragedy deftly foreshadowed. Katy wraps up the loose ends by describing what became of the other major characters. Though well-crafted and narrated by a perceptive, large-hearted child who goes on to follow in her father’s profession, this lacks the focus of Lowry’s best work. (Fiction. 11-13)