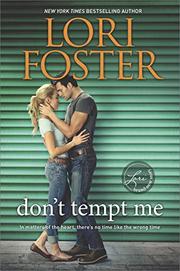 It’s lust at first sight and a double romance in this new novel of neighbors helping neighbors by the prolific Foster (Fighting Dirty, 2016, etc.).

When 29-year old Honor Brown and her best friend, Lexie Perkins, pull a moving van up to Honor’s new house in a rough neighborhood in Clearbrook, Ohio, they didn’t expect to find such hot neighbors. A shirtless Jason Guthrie, his brother, Hogan, and nephew, Colt, all offer to help her move into the new house. Determined to be independent and way too distracted by Jason’s perfect physique, Honor repeatedly refuses Jason’s help, even though the neighborhood is not particularly safe for a young, single woman. After someone blows up Honor’s mailbox with a pipe bomb, she decides to accept the help of Jason and other neighbors, including a sheriff and a martial arts instructor. Things get steamy with Jason, but with a family history of abandonment and a beloved grandfather on his deathbed, Honor doesn’t know if she wants to trust him. Meanwhile, best friend Lexie goes on a date with the martial arts instructor Sullivan Dean. Their attraction is so explosive they don’t even get through their dinner before going home and tearing each other’s clothes off. They both think they want only a one-night stand, but they soon realize there's more to their relationship than just sex. Although the premise of sexy neighbors finding romance is admirable, trying to pack two romances into one book falls flat. Honor and Jason are the primary couple, but none of the characters have enough time to develop, and the plot lacks drama. The characters often seem interchangeable, and the first third of the book could be spent just keeping the names straight.

Foster's loyal fans might be satisfied with this effort, but they deserve better.