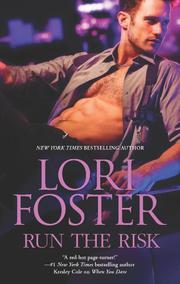 An undercover cop courts his plain-Jane neighbor to track her brother, a suspected criminal and witness to his best friend’s murder, but finds the tables turned when he falls for her, then must protect her after his investigation sets her against him and puts all of them in mortal danger.

Detective Logan Riske will do anything to solve the murder of his best friend, a local politician who stood up to the resident crime lord. Discovering the whereabouts of the frumpy sister of the man rumored to have witnessed the crime, Logan moves in next door and puts the full force of his good looks and magnetic personality toward gaining her trust; to his surprise, they embark on an explosive sexual relationship. Pepper’s lonely, difficult past blunts her ability to trust people, but something about her new neighbor makes her want to try. She knows getting close to anyone is dangerous, especially now, with so much at stake. But Logan’s a construction worker and a damn fine specimen, at that. What harm could there possibly be in a little sexual release? When the truth comes out and her brother Rowdy is arrested, Pepper vanishes in an attempt to take matters into her own hands in order to save him. Logan realizes he’s misjudged Pepper’s determination and Rowdy’s honor and, moreover, that his miscalculation and Pepper’s subsequent actions have put them all in peril—especially the amazing, enigmatic woman he’s come to love. Now he’ll have to find her, save her, and convince her that despite their rocky, dishonest start, his feelings are genuine, and once they’ve dealt with the threat hanging over them, he’s ready to spend the rest of his life proving it to her.

Perennial red-hot romantic-suspense favorite Foster hits the mark with this complicated page turner that, in less deft hands, could have been easily mishandled, but generally reads like a sexy, believable roller coaster of action and romance.