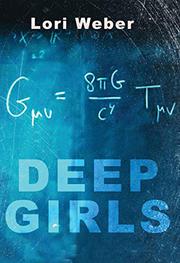 Nine girls struggle with passivity and agency in a collection of thematically linked short stories.

Canadian author Weber (If You Live Like Me, 2015, etc.) uses the stories of nine teenage girls to probe the depths of adolescence and womanhood. The title story follows a girl who is bullied by her looks-obsessed mother and controlling boyfriend; “deep girls are no fun,” he tells her. She dreams of rejecting them and immerses herself in classic literature. In “Out of the Woods,” a girl resents her mother’s agoraphobia and her grandmother’s recent breast cancer surgery; she is left as the maternal figure for them both. “Relativity” follows a babysitter’s crush on her charges’ father and jealousy of their apparently lazy, undeserving mother. The protagonists’ white default becomes explicit when blackness is othered; Southern dialect is rendered with condescending exaggeration. The girls’ movements toward agency are often spurred by a possessive boyfriend or father, but rather than standing up to the male figures in their lives, the girls tend to choose quietly stepping away. It’s a narrative choice that isn’t always satisfying even as it makes space for subtler kinds of female strength in a genre dominated by tough but two-dimensional warrior princesses. Ultimately, the blurred lines between depth, passivity, and weakness too often lead to anticlimax.

A quietly tender, if underwhelming, collection.