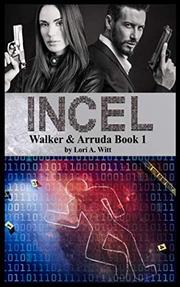 From the Walker & Arruda series, volume 1

by Lori A. Witt

An FBI agent and a homicide detective investigate murder and acid attacks in the Seattle area in Witt’s (The Tide of War, 2014) thriller.

Detective Damian Arruda is wracked with guilt after his partner, Allen Shephard, is killed. Allen had been convinced that his wife’s murder wasn’t just a random act, and Damian believed that his partner was chasing an imaginary conspiracy. As it turns out, Allen had been working with Special Agent Melissa Walker of the FBI’s cybercrimes unit. She’d also recently lost a partner, Shel Randall, and his murder, along with Allen’s, is likely related to an investigation into so-called “incel” forums. Incels are groups of people, predominantly men, who deem themselves “involuntarily celibate.” Melissa’s team has been monitoring their online communities, which generally consist of complaints; many forum-posters believe that they’re “entitled” to sex. The FBI believes that incels are behind some incidents of violence against women, and Melissa suspects them of attacking attractive men (whom incels call “Chads”) with sulfuric acid in and around Seattle. Working with Damian, Melissa and her six-agent team at the FBI’s Seattle field office keep a close eye on the members of one particular online forum, SaltyIncels. The acid attacks continue, however, and a new threat emerges when the team has reason to believe that recently discovered explosives are linked to an incel bombing plan. Witt’s dramatization of the real-life subculture of incels is riveting; periodic chapters of online discussions, for example, reveal how anonymous posters encourage others to engage in violent behavior. Her rich characterizations of the shrewd, headstrong protagonists augment the narrative, as does her use of short scenes and copious dialogue. There’s also plenty of tension throughout, as when Melissa’s boss wants her to drop the case and head back to Washington, D.C., or team members’ recurring clashes threaten to derail the investigation. Parts of the story, however, rely too heavily on coincidence, and one significant plot turn is easy to see coming. However, many readers will likely want to read more about Melissa and Damian in future planned installments.

Energetic crime fiction with sharp characters and a realistic menace.