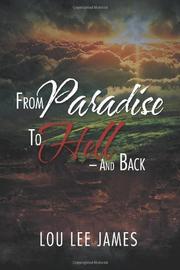 FROM PARADISE TO HELL - AND BACK

James’ debut novel tells the story of a man’s journey from childhood to family man and all of life’s inescapable hardships.

Simon lives his preteen years in Italy during World War II. As a young man, he decides to travel abroad, hoping to pick up other languages and improve his career options. He works various jobs in France and England, and he meets many women before he settles on a vocation and marries an Irish woman, Alice. They have two sons, but things look bleak when doctors give them dismal news. Sometimes the narrative reads like a transcript of someone’s voice-recorded memoirs with the occasional random offset. But the author also convincingly portrays the era, most tellingly during the war, when people hid in cellars from bombings, and bullet casings from planes were found in fields next to livestock. Most of the potential loves in Simon’s life don’t last long, so Alice is a welcome introduction. Occasionally, odd word choices crop up, as when someone asks Simon to “remove” his beard. Simon travels to many places for business and family, including Japan, Hong Kong and Greece, but these accounts merely describe the change in culture or food and don’t advance the tale. The final two chapters are sad; by the end, Simon replays his own version of Jesus’ crucifixion and resurrection. He mocks both religion and science. Simon implies that war, which recurs as a theme, is a natural progression of religion and science. He advocates a way for peace, but he immediately negates it.

Its share of lulls notwithstanding, a significant, well-captured journey.