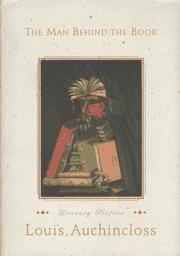 THE MAN BEHIND THE BOOK

In the best belletrist tradition, Auchincloss offers these 23 literary sketches, short essays full of moral earnestness (though he's profoundly sympathetic to his subjects' frailties) and casual insight. What he doesn't tolerate is artless writing or sloppy thinking, which is why Auchincloss never inflates his arguments on behalf of these (often forgotten) figures. His subjects range from the pleasurable middle-brow fiction of F. Marion Crawford to the scathing attacks on American materialism contained in Robert Herrick's once-popular novels. Auchincloss not only celebrates out- of-fashion writers, he rescues a number of better-known authors from their embrace by trendy academics who are quick to impute adversarial notions where there may be none. Walter Pater, for all his alleged decadence, was in fact a Christian aesthete who thought that beauty ennobled and strengthened but was not an end in itself. Similarly, Auchincloss asserts that Sarah Orne Jewett offers more than grist for the gender-studies mill, especially when one reads beyond her obvious sentimentality. Auchincloss is particularly sensitive to writers who share his own fictional concerns, such as Robert Grant, a novelist of manners whose portrait of turn-of-the- century Boston might seem irrelevant today. Likewise, Auchincloss values those authors (such as the Belle Epoque dramatist Paul Hervicu) who understand the pull of social convention, the lure of money, the need to dwell in the ``great world'' of human affairs. Auchincloss considers S.N. Behrman ``the wittiest playwright since Oscar Wilde'' and admires Robert Sherwood but admits that his popular dramas indulged in much ``half baked idealism.'' An appreciation of Maxwell Anderson's efforts in verse drama segues into a surprising aside on T.S. Eliot's superior work in the genre. Henry James, ``the Master,'' is a touchstone throughout, guiding spirit as both critic and creator. A modest collection of critical essays that subtly defies the orthodoxies of the academy.