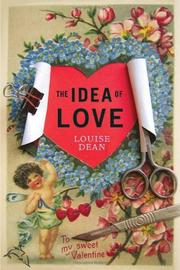 THE IDEA OF LOVE

British pharmaceuticals salesman Richard lives “on the crossroads of rip-you-off-Riviera and rob-you-blind-Provence” with his French wife Valérie and 13-year-old son Maxence, who may or may not have serious psychological problems. Valérie’s parents live next door, mostly on Richard’s largesse. Drawn with few redeeming characteristics, Valérie is not only cold and lazy but seems to dislike Max. Unhappy Richard claims to yearn for an intimacy he can’t find with either Valérie or the string of women he sleeps with while traveling for his job. Valérie and Richard socialize increasingly with their equally unhappily married neighbors, artistic but shallow American Jeff and British Rachel, a devout Christian. Gradually Valérie decides she’s in love with Jeff, and Richard finds himself drawn to Rachel. Just as tensions heat up, Rachel pressures Jeff to travel with her to Africa to save orphans, realizes she has been duped—the “orphans” are not what they seem—and loses her faith. Meanwhile Richard goes to Africa to open a new territory for anti-depressants, has a moral epiphany and decides to quit his sleazy job. When Rachel learns of Valérie and Jeff’s affair, she returns to England with daughter Maud, the one human being for whom Jeff genuinely cares. Richard wants to leave France too, but not without Max; Rachel demands custody, even though the boy hates his mother. Cut off from his family, without a job, Richard slides into a drunken nervous breakdown. Eventually he connects with Rachel, and they begin a long-distance love affair just as Valérie and Jeff’s affair begins to cool. Whether Richard can find happiness remains unclear, but his shiftless yet loving in-laws may point the way.

Although neither the plot nor the characters quite jell, Dean (This Human Season, 2007) has a darkly optimistic, intellectually humanistic sensibility that recalls Iris Murdoch.