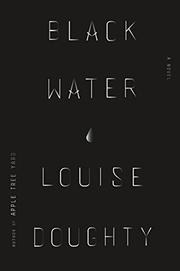 Another morally and emotionally fraught thriller from British writer Doughty (Apple Tree Yard, 2014, etc.), this one about an operative for an Amsterdam-based black-ops organization grappling with fallout from his personal and professional history in Indonesia.

As the novel opens in 1998, Harper is taking some involuntary R&R in the hills of Bali after some unspecified “errors of judgment” have made him a liability to his firm, which he's fairly certain will soon send someone to kill him. This disgrace is stirring up unwelcome memories of Harper’s equally disastrous 1965 tour in Indonesia, which also happens to be his birthplace. Doughty skillfully develops a mood of menace and regret even as she dangles the possibility of happiness in the form of Rita, a Belgian expatriate Harper picks up in a bar. Casual sex quickly deepens into a tentative relationship, until an inexplicable outburst prompts her to ask gently, “What happened to you?” At this point, the narrative pulls back to explore Harper’s difficult youth. He's the mixed-race son of an Indonesian soldier killed by the Japanese and a Dutch woman whose wartime ordeal turned her into an alcoholic. Uprooted over and over by his mother's disordered whims, devastated when she plucks him from his one chance at a stable family life, Harper decides to put his faith in “the power of transience: in motion you could be whoever you wanted to be.” He’s recruited by “the Institute” and sent to Jakarta in 1965. The chilling account of what he sees and does there exposes the dark origins of Harper’s individual guilt and probes the larger question of our collective complicity in the evil legacies of colonialism and the Cold War. Yet the compassionate portrait Doughty paints of a man desperate for the opportunity to experience love and loyalty lends a grace note of hope to the deliberately ambiguous ending.

Powerful, probing fiction in the tradition of Graham Greene and John le Carré.