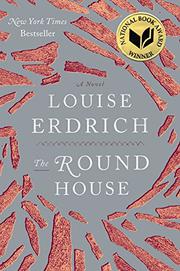 Erdrich returns to the North Dakota Ojibwe community she introduced in The Plague of Doves (2008)—akin but at a remove from the community she created in the continuum of books from Love Medicine to The Red Convertible—in this story about the aftermath of a rape.

Over a decade has passed. Geraldine and Judge Bazil Coutts, who figured prominently in the earlier book, are spending a peaceful Sunday afternoon at home. While Bazil naps, Geraldine, who manages tribal enrollment, gets a phone call. A little later she tells her 13-year-old son, Joe, she needs to pick up a file in her office and drives away. When she returns hours later, the family’s idyllic life and Joe’s childhood innocence are shattered. She has been attacked and raped before escaping from a man who clearly intended to kill her. She is deeply traumatized and unwilling to identify the assailant, but Bazil and Joe go through Bazil’s case files, looking for suspects, men with a grudge against Bazil, who adjudicates cases under Native American jurisdiction, most of them trivial. Joe watches his parents in crisis and resolves to avenge the crime against his mother. But it is summer, so he also hangs out with his friends, especially charismatic, emotionally precocious Cappy. The novel, told through the eyes of a grown Joe looking back at himself as a boy, combines a coming-of-age story (think Stand By Me) with a crime and vengeance story while exploring Erdrich’s trademark themes: the struggle of Native Americans to maintain their identity; the legacy of the troubled, unequal relationship between Native Americans and European Americans, a relationship full of hatred but also mutual dependence; the role of the Catholic Church within a Native American community that has not entirely given up its own beliefs or spirituality. Favorite Erdrich characters like Nanapush and Father Damien make cameo appearances.

This second novel in a planned trilogy lacks the breadth and richness of Erdrich at her best, but middling Erdrich is still pretty great.