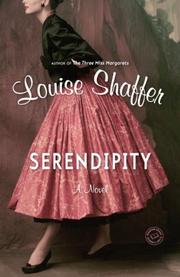 Shaffer, author of southern-fried charmers (Family Acts, 2007, etc.), is at her best here with a multigenerational saga set amid the bright lights of Broadway.

When Rose Manning dies, all of philanthropic Manhattan shows up for her funeral. But daughter Carrie realizes the eulogies praise Rose the humanitarian, leaving Rose the human a mystery—even to Carrie. While still a baby, Carrie’s family fell apart: Her father, boy-genius Broadway composer Bobby Manning, died; Rose broke all ties with her mother Lu Lawson (musical theater’s biggest star); Rose relinquished their Fifth Avenue lifestyle and subsequently dedicated her life to helping the homeless. The press loved gorgeous Rose, the selfless young widow. But for Carrie, living with an altruistic mother left little room for happiness. Carrie decides to go in search of Rose’s past, and starts with great-uncle Paulie, Lu’s big brother, in his 80s and still living in New Haven, Conn. Paulie says the problems began with Mifalda, Carrie’s great-grandmother, a young bride from Italy. And so Carrie’s family saga begins, an entertaining mix of feminism-lite (women need self-fulfillment!) and a passionate rendering of theater life. Mifalda finds domestic life empty, though that doesn’t prevent her from planning the same for her spirited daughter Lucia. But modern little Lu has other dreams: With a musical gift and an indulgent father, it’s not long before her talents are requested at recitals and weddings. When she accidentally becomes pregnant, Mifalda agrees to look after little Rose while Lu pursues her showbiz dreams. But when Mifalda dies and Rose goes to live with the rich star Lu has become, Rose becomes embittered and disapproving. Carrie then goes to George Standish, Lu’s conductor and best friend, for the next chapter of the story—the tumultuous marriage of her parents. Self-indulgent Bobby and pious Rose couldn’t have made a worse match, but it’s not until Carrie meets her grandmother Lu that she gets the whole sad story.

Like the best Broadway musicals—revels in bigger-than-life moments and is filled with just enough sadness and truth.