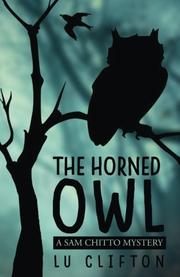 In the third installment of Clifton’s (The Bonepicker, 2017, etc.) thriller series, Detective Sam Chitto of the Choctaw Tribal Police in southeastern Oklahoma tries to prove a high schooler innocent of murder while also digging into his own father’s decade-old homicide.

Chitto first hears about Bobby Taneyhill from two concerned members of the Choctaw Nation Tribal Council, one of whom is his mother, Mattie Chitto. She and June Biggers want him to help the teen, who’s been charged with first-degree murder for the mutilation death of 33-year-old Muriel Simpson. Authorities are discounting an alibi supplied by Bobby’s tribal-elder grandfather, Charlie Walker, and instead rely on circumstantial evidence: the boy’s graphic novels, which are filled with savage imagery that he drew. The murder victim had worked at the Spiro Mounds Archaeology Center, near where Chitto’s cop father, Will, and Will’s partner, Bert Gilly, were murdered 10 years ago. Chitto’s boss, Dan Blackfox, allows him to pursue a low-profile investigation into Bobby’s case, which is currently in trial, but he tells him to avoid his father’s. Regardless, Chitto delves into both from a rented cabin near the Spiro Mounds, bringing along his trusty hound, Boycott, and consulting with his administrative assistant, Jasmine Birdsong, by phone. He already has a suspect in his father’s murder, but he’s still searching for one for the more recent homicide. Clifton dives right into the mystery at the start of the novel, opening with Mattie and June’s emphatic entrance into Chitto’s office, soaking wet from a thunderstorm. The concurrent investigations are equally engrossing; at one point, for example, Chitto questions why he never learned of a relevant phone call that Gilly received; meanwhile, his suspect list for the Simpson murder wisely includes Bobby. There’s more focus on the present-day case, which intermittently puts Chitto in the role of spectator, watching the trial unfold in the courtroom. It’s surprisingly exhilarating to watch Chitto race to catch up with two cases that are already well underway. The various characters are vibrant, but Jasmine, once again, shines brightest, handling the bulk of the story’s dry humor; in one scene, for instance, she demands a raise but immediately settles for two weeks of Chitto's buying her coffee.

Another sharp mystery in a continually improving series.