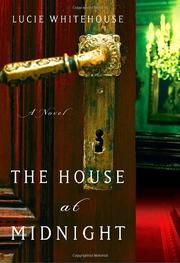 THE HOUSE AT MIDNIGHT

A debut novel by London resident Whitehouse that follows a group of friends through one traumatic year that threatens to tear their circle apart.

When Joanna’s best friend Lucas inherits his uncle’s manor outside of London, their group of college friends, all of them now almost 30 years old, are reunited through their weekend visits to the house. Ever since Lucas’s uncle’s suicide, however, a ghostly ambiance permeates the gatherings. Even during the first get-together, on New Year’s Eve, when Joanna surprises herself by falling for Lucas, she feels a disturbing presence in the echoing halls that foreshadows the destruction to come. The atmospheric changes are not gradual. Contained within the walls of the vast house are romantic mishaps, heartbreak, true love—and secrets that will destroy Lucas and everyone close to him. The book lacks a solid narrative arc. The romantic partners too often play musical chairs. The secret histories are thrilling when revealed, but the plot tends to drag and often feels repetitive. Lucas’s best friend and Joanna’s nemesis, Danny, has an almost cartoonish evilness that grows exponentially as the novel wears on. The more time Lucas spends at the manor, the more his obsession with his family’s painful past and his uncertain future grows, and he becomes increasingly self-destructive. He enters a cycle of alcohol, violence and depression so fast, readers do not have a chance to get to know him first as Joanna’s loveable, caring best friend. As the pressures of growing older bear down on the unfortunate, rather staid protagonist, friendships and lovers are destroyed and created at whim, careers advance and stall and the history of the house’s previous occupants eerily begins to repeat itself.