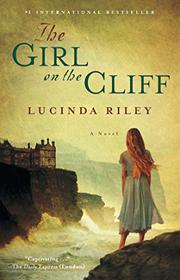 THE GIRL ON THE CLIFF

A mysterious child and a packet of letters unite two pairs of star-crossed lovers separated by nearly a century.

After a heartbreaking miscarriage, Grania Ryan abandons New York—and her career as a sculptor—to return to her rural Irish roots in a wind-swept coastal village. There, she befriends a motherless red-haired child, despite her own mother's cryptic warnings, and becomes involved with the rich, reclusive Lisle family. Only after she has given her heart to the girl, Aurora, does Grania's mother hand over a packet of letters that explains the long-standing family feud. These letters also woo the reader with the tale of an earlier Irishwoman, Mary Swan, and the child Anna, a seeming foundling, whom she adopts. With its World War I setting, and the more striking contrasts between Irish and English, servant and aristocracy, the older, inset story is the more compelling of the two and plays out in a more unpredictable fashion. However, the modern-day tale has its romantic twists, as well. And if some of these are predictable—with inappropriate romantic partners falling by the wayside when necessary—they still serve to make the heroine's road a little rocky. Colorful writing, especially when describing the luxurious Edwardian lifestyle of Cadogan House and the dramatic cliffs over Dunworley Bay, keep the pages turning, and a final twist both leaves the reader with a twinge and sets up a possible sequel. Using a similar device (this time it’s letters instead of a diary), Riley (The Orchid House, 2012) does a workmanlike job with this sophomore multigenerational saga, and fans of the genre will likely be willing to overlook the occasional creaking plot device.

The weave of historical romance and mystery may be occasionally threadbare, but the overall thrust and likable characters should keep willing readers in their seats.