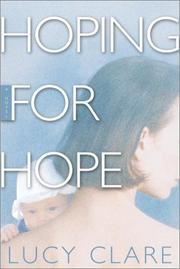 The father? Barney, her lusty lover, young enough to be her son. But that’s not all the bad news. Liddy teaches jewelry-making, but the course has just been dropped by the local Adult Education Institute. She’s out of a job, and now best friend Mary says that Liddy’s husband Martin is having an affair. That’s no surprise, since she and Martin haven’t had sex in five years. Perhaps she should just run away to Cornwall and her lesbian great-aunts, Cleo and Cyn. They’d be understanding, unlike the rest of the family: moody, withdrawn Martin; gay son Alexander and his lover Mungo; homebody daughter Laura, married mother of twins and of a daughter with Down's syndrome; and her changeling child Miranda, a rail-thin writer with an eating disorder and a penchant for skewering others. All gather for Liddy’s 50th birthday party, but not before Martin confesses his infidelity. Everyone else has secret problems: Laura feels that husband Fergus isn’t interested in his less-than-perfect daughter. Miranda’s man, Richard, longs for children, but Miranda is obsessed with her flat tummy (Richard hasn’t noticed that she throws up most of her food). Alex and Mungo are happy, but Alex is toying with the idea of having a baby the gay way, by persuading a lesbian friend to incubate it. Liddy is too self-absorbed to pick up on any of this and does head for Cornwall and the great-aunts, telling them about her pregnancy. Then Richard finds out Miranda’s secret: she’s had two abortions. They fight. Alex and Mungo squabble. Liddy stays in Cornwall to help care for the ailing Cleo and gives birth to a daughter. Each of her grown children feels entitled to claim the baby, but Liddy isn’t about to give up Hope.