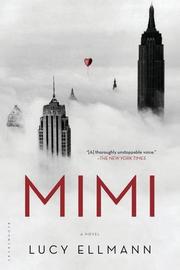 Another self-consciously erudite comedy from Ellmann (Doctors and Nurses, 2006, etc.), this time a romance about a plastic surgeon whose love for a good woman helps him take stock.

On Christmas Eve—the novel is organized by holidays—plastic surgeon Harrison Hanafan slips on the ice in Midtown Manhattan and sprains his ankle. Having recently broken up with his girlfriend, Gertrude, a rich art lover with no redeeming characteristics except her son (born by parthenogenesis), Harrison recuperates at home for weeks with his newly adopted cat, Bubbles, playing music and making lists as is his wont. An invitation that arrives in the mail to give a speech at his old high school causes him to call his sister Bee, who escaped her abusive husband and is now a sculptor in England, and to ruminate about his unhappy childhood. Afraid of speechmaking, he hires a coach who turns out to be the plump, middle-aged mystery woman who saved him on Christmas Eve by putting him in a cab. Love blooms between Harrison and Mimi, full of bons mots and more lists that give the author a chance to share her sociological and cultural insights ad nauseam. The romance does face bumps in the road. Gertrude arrives and tries to seduce Harrison just as Mimi walks in. Then, there is the random murder of Bee, shot by a crazed ex-soldier in a rage against women. And Bubbles is run over but survives. The skimpy plot of Harrison’s emotional and moral growth is encased in thick layers of social commentary, one-liner repartee and those endless lists. The sense of being preached to is strong throughout. And excepting the lyrics to some lovely old songs like “Joe Hill” and “She’ll Be Comin' Round the Mountain,” the appendix with Harrison’s feminist manifesto is mostly annoying.

Ellman’s use of visuals and wordplay, as well as her comic sensibility, is very much a matter of taste, though her tone strongly implies that the readers who don’t get her are merely plebeians anyway.