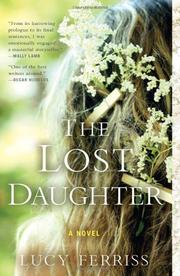 A child left for dead at birth reappears 15 years later to transform the lives of her parents.

The opening pages of Ferriss’ sixth novel (Leaving the Neighborhood, 2001, etc.) are a harrowing overture to a book that’s soaked with domestic tension. In 1993, Brooke and her boyfriend, Alex, enter a motel to deliver what the high-schoolers are certain will be a stillbirth; the teas prescribed by a hippie-ish family friend of Brooke’s were supposed to ensure that. The first chapter’s visceral depiction of the delivery signals that Ferriss intends to deliver an unflinching study of parenthood, and though the book is overlong and takes some sentimental turns, she largely follows through on that promise. Fifteen years later, Brooke has married another man, Sean, with whom she has a daughter, and their life is outwardly cozy. But Sean’s job at a print shop is foundering and she’s batting away his pleas for another child. As Sean drowns his anger in drink, Brooke reconnects with Alex, who can’t stop hating himself over their parental misadventure. After a series of revelations, the two discover that their child is alive: Alex left her breathing in a crate near the motel’s dumpster, where she was taken in by a working-class Polish-immigrant family. The girl, Najda, has a severe physical disability but is whip-smart; among the novel’s sharpest chapters are those she narrates, full of close observations of her dysfunctional adoptive family and guilt-wracked biological one. Ferriss’ main message is that the truth will always come out, and she often gives this fairly preposterous scenario a convincing, Franzen-style realism. That skill is undercut slightly by a second message that dreams do come true; Ferriss is no Pollyanna, but she ties the bow in ways that feel more comforting than sincere. Despite some too-convenient plot twists, a powerful domestic novel.