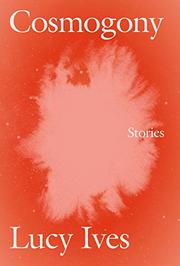 A dozen improvisatory narratives from a mind that just won't stop.

Art critic and author Ives offers a series of impossibly clever riffs on familiar features of modern life. Her two novels, Impossible Views of the World (2017) and Loudermilk (2019), embraced a wider audience, but the current collection is on the esoteric side, with plot and character serving mainly as carriers for intellectual humor and existential riffs. The title story, "Cosmogony," begins with characteristic élan: "A few years ago a friend of mine married a demon....The demon's name was Fulmious Mannerhorn Patterlully, and he was approximately 200,001 years old." FMP, as the narrator refers to him, has an “occult understanding of the stock market, [an] ability to produce fire on demand,” and a long-standing social network. Sometime after the wedding, the narrator runs into FMP in the grocery store: “He reels off her credit score, social security number, and the date on which [she] is currently scheduled to die.” Soon after, she begins dating an angel named Eric. Things don't go well for either couple. Whether you get it or not (we didn't), it's still pretty amusing. Other stories include the confessions of a woman who gets a job writing fake diaries for porn actresses; a very long Wikipedia entry for the word guy, with all the usual sections and 45 fictional references; a running joke about mistaking a book titled "Better Tennis" for "bitter tennis"; a dizzying confection that whips together the parlor game Murder, mathematical formulas, suicidal ideation, a lot of partying, and the author's mother's unusual hobby. The Care Bears, Louise Nevelson, Mallarmé, a bodega cat named Ersatz Panda...everything a grad student in semiotics could dream of is here.

Very far over some readers' heads lies the sweetest of spots for others.