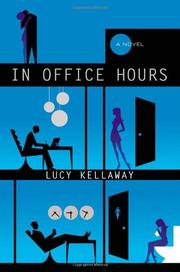 Whether you have it all like high-flying department head Stella Bradberry—with her handsome, clever husband and two children—or struggle to cope like single mother/college dropout Bella Chambers, British journalist Kellaway’s twin-stranded story suggests the dangers to working women are the same: Opportunistic male colleagues will try to seduce you and the consequences will be immense. Stella succumbs to her ambitious trainee Rhys, promoting him to executive assistant as her stellar career develops at Atlantic Energy, a global company which also employs Bella as a PA to serial philanderer James Staunton. Both coolly successful Stella and feisty Bella seem incapable of resisting the stealthy intensification of their respective entanglements. As the novel progresses from Part One, Temptation, to Part Two, Addiction, so the women sleepwalk into their perilous obsessions. Kellaway, a corporate-culture specialist, convincingly captures the emotional frisson of clandestine office infatuation, but her working environment is lackluster and her characters tend toward stereotype, with the men’s motivation left unexplored. One woman makes a better job of ending her doomed liaison than the other, but the tale concludes by reminding us that, when guilty of the same sin, male behavior is more easily excused than female.