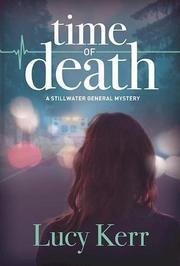 A nurse’s visit to her hometown quickly lands her in trouble.

Frankie Stapleton, an ER nurse at a busy Chicago hospital, feels only relief that she’s just racked up her third broken engagement. When her brother-in-law, Matt, calls to tell her that her younger sister, Charlie, has pre-eclampsia and is panicking, Frankie heads for Stillwater, the Illinois town she departed long ago, leaving her mother and sister to run the family hardware store. Upon her arrival at the hospital, she finds handyman Clem Jensen on a bench near the entrance to the ER having a heart attack. Because the ER is crowded with people from a bus accident, Frankie has no luck getting help. So she administers some nitro and gets into a fight with the ER doctor before he finally agrees to do something. Although all seems well, Clem dies during the night. Naturally, his estranged deadbeat son-in-law threatens to sue the hospital, and a hospital administrator threatens in turn to get Frankie’s nursing license yanked. Charlie is counting on her help, especially when her baby girl must be delivered by C-section to save both their lives, but she’s still bitter that her sister left town. One reason Frankie stayed away from Stillwater is that her feelings for her first ex-fiance, Noah MacLean, now a sheriff’s deputy, are still very much alive. Certain that Clem was murdered, Frankie starts digging into his life for a possible motive. He was taking the wrong meds for his condition. And where did a handyman get the money to pay for his grandson’s expensive epilepsy medications? All the nasty things Frankie dredges up about the hospital and Clem’s family provide a formidable list of suspects. Now all she has to do is pick the right one before she’s picked off herself.

An accomplished debut that combines mystery, medicine, family angst, and a touch of romance.