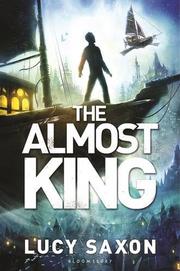 Seventeen-year-old Aleks leaves home to join the Siberene military in hopes of finding adventure but instead finds abuse, corruption, and despair.

Punishing physical training, meager rations, and a brutal beating at the hands of an officer lead to the white teen’s decision to desert. He escapes, traveling north to Syvana, where he finds a home, work, and romance. Unfortunately, the military quickly tracks him, dogging his steps at every turn. However, for unexplained reasons they do not take him into custody. Aleks has a dream: to fly an airship through the Stormlands. When the net finally begins to draw closed, he escapes to the skies. A chaotic plot, a bland setting, and mediocre writing are only a few of the problems in this companion to Take Back the Skies (2014). Aleks’ immaturity, selfishness, and willingness to sacrifice others for his own comfort make him an unlikable hero. Unnecessary scenes filled with aimless wandering do little to enhance the story, and the ending feels both forced and abrupt. Oddly, it also introduces many missed opportunities for inspiring characters and interesting drama. Russian surnames hint at a Northern European inspiration and, unfortunately, beg comparison to the far superior worldbuilding and plotting of Leigh Bardugo.

Lacking in all but length, this adventure never makes it off the ground.