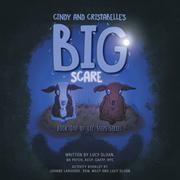 In debut author Sloan’s illustrated children’s book, goats who faint with anxiety learn secrets of relaxation and mindfulness from a pig.

On Lil’ Steps Farm, almost everyone is relaxed—especially Wilbert the Pig, who takes deep breaths while enjoying a nice mud bath. However, Cindy and Cristabelle, the fainting goats, aren’t so calm, and whenever they’re worried or scared, they feel hot, their hearts race, their legs wobble, and they pass out. That happens pretty often, because there’s always something to fret about on a farm, including imagined “coyotes and bears and lions” who could decide to eat some farm animals. The goats turn down Wilbert’s invitation to relax by stargazing—being out at night is scary—but after a harmless bunny terrifies them, they go to him for help. Wilbert gladly teaches them about having fun, taking deep “belly breaths,” and being mindful, which allows them to enjoy life. A substantial activity booklet, co-written by Sloan and debut author and mental health counselor Lariviere, offers guidance for parents to help kids learn and practice new skills; it covers such topics as emotional self-regulation, identifying stress in the body, alarm responses, and anxiety-management techniques. In her debut book, Sloan—who provides animal-assisted counseling to children and teenagers—nicely combines instruction with appealing farmyard characters. The book also has great read-aloud potential; at one point, for instance, a “HUGE, SCARY, HUNGRY” creature (who turns out to be a rabbit) jumps out of the forest, and kids may have fun pretending to faint like the goats. The dialogue is well written and amusing, as when Wilbert says, “I am a pig. Not a coyote. Not a lion. Nor a bear.” The basic but clear explanations of how stress and anxiety feel are useful, and the activity booklet helpfully expands upon Wilbert’s suggestions. The uncredited, sketchy color illustrations vary in quality, though; for example, Wilbert looks realistic on some pages but cartoonish on others, and some images are reused multiple times.

A helpful, entertaining tale with much to teach both parents and kids.