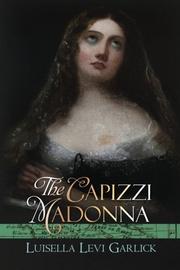 The author’s debut adventure novel follows a woman’s global trek as she stumbles on romance, an inherited fortune and a scheme to steal a painting.

Canadian restaurant consultant Claudia flies to Geneva to pay respects to her late and much beloved uncle Renato. She’s happy to be included in the will, receiving the bulk of her uncle’s wealth, but she soon spots a blonde woman following her, and someone else ransacks Renato’s apartment, as well as her home back in Canada. It isn’t long before she’s accosted. Evidently, some dodgy individuals want her final gift from Renato—a painting that doesn’t seem to have much value. There are allusions to espionage in Levi Garlick’s book: Claudia’s friend and business partner, Suzy, makes a couple of James Bond references, and Claudia’s love interest, Michael, is a British MI5 agent. But the story dwells more on romance than investigating terrorists. In that regard, Michael’s charms and good looks are touted a bit excessively. It’s obvious well before he meets Claudia that they’ll become a couple. But Levi Garlick develops their relationship solidly. They don’t immediately hop into bed, and the British agent is steadfastly professional in keeping his new love safe, especially after their meeting on the street leads to a kidnapping and a hail of bullets. One of the novel’s most notable assets is the cultivation of Claudia’s paranoia; looted rooms are simply “weird,” but ultimately, she thinks people are trailing or watching her, and she’s often panicky when she wakes up alone. A palpable threat makes her paranoia reasonable: A man who’s eluded Interpol in nonextradition France easily finds her in other countries, including Italy and the U.K. A first-rate subplot—her uncle’s journal, set around World War II, reveals where Renato’s love of art may have originated—enhances the story, as does the occasional humor: Claudia’s pounding chicken while prepping for dinner sends Scotland Yard’s Gael scurrying into the room with gun drawn.

Readers should delight in the characters’ budding romance and the international locales.