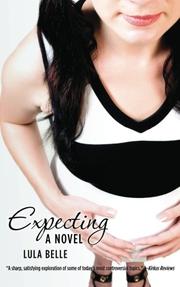 Belle’s debut novel is a quirky alternate history from the perspective of a precocious, politically astute—and pregnant—teenager.

At age 14, Sheila Martin becomes pregnant after she is drugged with Rohypnol and raped at a party. Her conservative, Catholic mother forbids her from getting an abortion. But that’s not the entire story. Her mother’s case is helped by the fact that John McCain won the 2008 election and promptly died in office, leaving his running mate Sarah Palin to become the first woman president of the United States. And although history has been tweaked, Palin’s politics remain as conservative as ever and she helps form a pro-life Supreme Court. Roe v. Wade is overturned, causing anti-abortion trigger laws in several states, including Sheila’s, to go into effect. She endures her pregnancy in one of very few alternatives open to her—the House of Mercy, her state’s government-funded residence for girls in Sheila’s situation. There she meets girls even worse off than she, including an 11-year-old impregnated by her own brother. Sheila liberates the preteen and illegally escorts her across state lines to get an abortion, all with the help of Sheila’s narcoleptic boyfriend and feminist grandmother. On occasion Sheila’s precocity leans toward disingenuousness, but these instances are offset by bright, realistic dialogue and writing that is thoughtfully broad in scope. And although Sheila can seem extraordinarily composed, especially for a girl in the throes of adolescent and pregnancy hormones, throughout she remains an appealing heroine. Belle’s historical and political alterations are recent enough to engage even politically indifferent readers, and her divisive topics (free will, reproductive rights, parental control, how political policy affects even the youngest individuals) are addressed with a diversity of viewpoints and should spark intelligent debate.

A sharp, satisfying exploration of some of today’s most controversial topics.