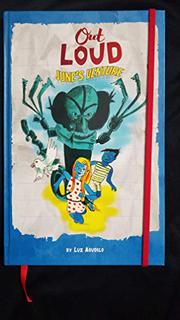 A bullied girl discovers a monster and her own courage in this debut illustrated children’s book.

When blue-skinned kids team up at the beach for a school sand castle competition, June gets left out. Though sad, she decides to work on her own. Bill, a strutting bully, insults June’s castle and stomps it flat. Others, including adults, just tell June to ignore him and toughen up. “Nobody likes you,” Bill tells June, and she believes him. She flees the competition, but Jonas, a kind classmate, follows to let her know he’s on her side. After some cloud watching, they hear a bird’s distress call and follow it to a garbage heap with a sign reading “TRASH-MONSTER. BEWARE!” A seagull is being held captive by the monster, Skull, but the children tell the bird: “Bullying is unacceptable!” Inspired and emboldened, the seagull stands up to Skull, who backs down when faced with the three acting together. Skull apologizes, saying he was treated like garbage and doesn’t know any other way. He is advised to let go of the past and start doing good deeds. He agrees and the four, bolstered by new self-worth, have an adventure in a ship created by Skull. Returning to the sand castle competition with her new friends, June stands up to Bill with confidence in herself, and he backs down. In her book, Agudelo adds to the growing children’s literature on bullying. The useful advice here covers basics like developing self-esteem, being a good bystander (like Jonas), forming a united front against bullies, and firmly standing up for yourself. Many experts also recommend getting adult intervention. But (perhaps realistically) the adults here seem inclined to let Bill be Bill. It’s less realistic that Skull turns on a dime to become a good friend. The story is told in rhyme, but the rhythm can be rocky (“Nearby, her peers teamed up in groups of two or more, / for a school art competition / to sculpt a unique sand castle on the shore”). In addition, there are some infelicities, such as rhyming “sight” and “site” and “he said with despise.” The watercolor images by debut illustrator Restrepo have a lot of expression, style, and verve, and do much to expand the storytelling.

Despite a few flaws, this tale offers some worthy anti-bullying pointers.