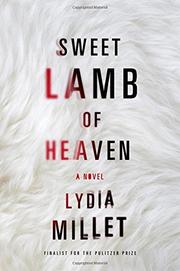 A mother tries to reconcile the voices in her head and an extortionist estranged husband in a peculiar, stirring thriller.

Anna, the narrator of Millet’s 10th novel (Mermaids in Paradise, 2014, etc.), began hearing an inexplicable “stream of chatter” after her daughter, Lena, was born. The voices diminished after a year, and a split from her husband, Ned, prompted her to move from her native Alaska to a coastal Maine motel with a decidedly eerie cast; in time she’ll learn it’s an unwitting magnet for others with similar conditions. But Anna has more pressing problems: Ned is running for the Alaska state Senate and wants Anna and Lena to head back to Anchorage to serve as photo-op props. When Anna demurs, Ned turns threatening; when she tries to hasten a divorce, Lena is kidnapped. Millet has a knack for planting plainspoken, world-weary narrators in otherworldly circumstances, and Anna is one of her sharpest, most intriguingly philosophical creations. Though she considers medical and scientific reasons for the chatter (“filtered particles from the immense cloud of content carried by those millions of waves that pass through us all the time”), her head is also aswim with stories of mysterious symbiotic tree colonies and a “deeper language, an urge that underlies our patterns of survival.” Rather than feeling like two novels on separate tracks—New Age ramble and evil-ex drama—those threads braid effectively, especially when it comes to politics. If Ned’s campaign can stage-manage Anna’s life so effectively, how much of a force is it in everything else? Millet is content to leave the woollier questions unanswered, but the thriller writer in her brings the book to a satisfying climax.

A top-notch tale of domestic paranoia that owes a debt to spooky psychological page-turners like Rosemary’s Baby yet is driven by Millet’s particular offbeat thinking.