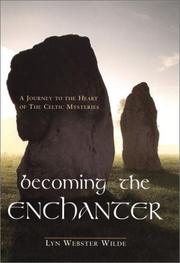 A Journey to the Heart of the Celtic Mysteries

Sometime London-based TV producer and writer Wilde (On the Trail of the Women Warriors, 2000) offers a “nonfiction narrative” of her quest for spirituality via rituals assembled from beliefs supposedly practiced in “Neolithic” Britain.

The author portrays herself as despondent over her fiancé’s death and seeking solace in booze when, now some 20 years ago, she encounters an “Afro-Celtic” woman in Liverpool whose eyes have “triple irises”—the whole book is like this—and who advises her that she, Wilde, is actually a “woman warrior” in search of her destiny. Wilde is then passed to Cyril (no last names here), a shadowy figure who may or may not be a prophet, for initiation into rituals derived primarily from Welsh mythology. She immediately transfers a self-confessed obsession with “what existed before creation” into the context provided by Cyril, and the adventures begin. If Carlos Castañeda, to whom Wilde occasionally refers as a like-minded pioneer in native spiritualities, had only known that such trances, visions, transports to space-time fields, spiral castles, dragon’s lairs, and other figments of the “Otherworld” were available through mere ingestion of Guinness and an occasional whisky, he might have spared himself the risk of peyote. And if visions, per se, can have the ring of illegitimacy, these do: in one, Wilde encounters a “huntress” with a bow and arrow—no mention of a quiver; in another, a strange “French woman” heard from a distance as she strolls up a beach smoking a Gauloise and humming the “Marseillaise.” At one point, Wilde marches off alone into a moonless night to find a circle of standing stones; a few weeks later, in a darkened room, she reveals an ongoing paralytic terror of the dark. “Sexual energy” constantly flows among the companions she chooses to act out a creation myth based on both incestuous rape and—why not?—“virgin birth,” with indecipherable results.

Harry Potter and the Premenopausal Feminist.