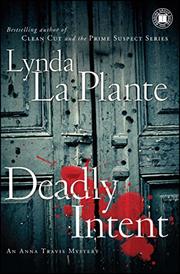 The killing of an ex-cop in a drug squat sends DI Anna Travis searching for the most wanted dealer in England.

Frank Brandon had led quite a life since his days on the Job. He was working as a chauffeur for midlevel drug supplier Donny Petrozzo when he caught the eye of wealthy, beautiful Julia Kendal, who’d married him and evidently made him a happy man. So what was he doing in the flat in squalid Warren Estate where he was shot dead? Anna’s preliminary inquiries convince her that his death involves Julia’s shadowy former partner Anthony Collingwood, né Alexander Fitzpatrick, who dropped out of sight years ago after leaving her with two children and a sizable fortune. But DCI Carol Cunningham, head of Anna’s Murder Squad, is far from convinced. So Anna begins to ask questions on her own, with eminently predictable results: enough progress to keep the pot simmering, but not enough to lead to her quarry or mollify her superiors, including her ex-lover DCS James Langton (Clean Cut, 2007, etc.). Behind the series of violent deaths that propel the investigation, Anna sees a disturbing pattern: Fitzpatrick’s scheme to flood the U.K. with Fentanyl, a painkiller as deadly as it is powerful.

The criminal conspiracy is menacing, even monstrous, but no more interesting than the authentically tedious interrogations.