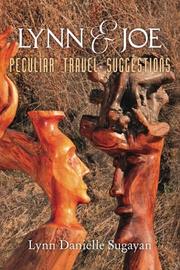 A woman’s memoir of her journey from bad marriages to independence and love.

This debut follows a free-spirited mother looking for freedom and a fulfilling love life in a male-dominated society. In May 1977, Lynn finds herself in her third crumbling marriage, this time to an abusive, possessive man named Paolo. Her sons from previous marriages live with their fathers due to Paolo’s strict ways and Lynn’s inability to provide a comfortable life for them. After supporting Paolo through school during their seven-year marriage, Lynn finally pursues her passion as a drama major at the University of California, Berkeley. While Lynn fights for custody of their 6-year-old daughter and struggles to reclaim her old Victorian house, she’s forced to drop out of school. Lynn’s drama studies spark her interest in females of Greek mythology and make her analyze her own life in 1960s and ’70s California. Lynn wants to live her life without a man, but it would take spiritual and emotional work. Her poetry and meditation sustain her, but her need to pay for her divorce from Paolo forces her to work as an exotic dancer at the Garden of Eden. Lynn takes Marika to visit her friend in Bodega Bay, Calif., where they experience a simpler life camping out in a van near the beach. Eventually, Lynn, in desperation, moves in with her mother and stepfather near Berkeley and gets a job at a paint store, where she meets a drummer/painter named Joe. She slowly learns that time and patience can yield a relationship with a man that isn’t built on lust or financial need. The author’s prose is lyrical and philosophical, exploring lessons she learned from Greek dramas and the feminist teachings of poets and activists in 1970s Berkeley. Her experience as a poet shines through: “Dance and song and poems began to flow into the river of suppressed tears that began first as a trickle and merged into tumbling rapids. This was not pain or joy; it was the unnamed sensation of commitment to my own inner truth.” The author continuously describes the spiritual experiences that allowed her to release her anger and frustration. Overall, the book is a resonant portrayal of one woman’s experience in the ’60s and ’70s.

An engaging story of a mother, divorcee, dancer, poet and student looking to find peace.