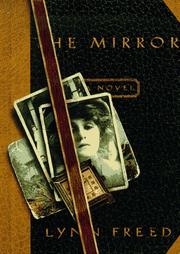 Freed's third (Home Ground, 1986; The Bungalow, 1993) is a poetically robust tale of natural nobility—as a woman determines for herself what love and propriety are. In 1920, Agnes La Grange leaves a poor life in England for Durban, South Africa, to make her future. In the house of the Jewish family where she first works as maid, the wife is dying—which doesn't keep the husband from sneaking to Agnes's room to make love while watching in a mirror he's given her. His unrestrained passion for her (old and a head shorter may he be) leads her to say, ``I have never felt so strongly the power of being alive.'' And that's in truth the only power Agnes ever wants or values. During her pregnancy, the ``old Jew,'' as she calls him bluntly but without judgment, puts her up in the Railway Hotel—an establishment of which, after the birth of her daughter Leah, she becomes owner and new proprietress by finessing the old man into putting up the money. From then on, Agnes is on her way. ``The newspaperman'' will be a weak and soon-divorced husband, followed by such lovers as Agnes finds attractive—``the banker,'' ``the hunter,'' and ``the trader.'' Agnes doesn't read even the papers, but her beauty, life, and business sense draw others to her, seeing her through the Depression and WW II as she's cheated but recovers, buys more property, sees Leah become a famous singer—although not before Leah does just what Agnes did in seducing a husband (readers will find out whose), leaving Agnes a gorgeous child to raise as a second daughter. Forget improprieties: As Agnes says, ``this wasn't a story . . . this was life.'' Candor, passion, and love of life put Agnes on a par with the Wife of Bath, while Freed adds the treats of succulent place and period flavor, even 20 black-and-white photographs of the very places where Agnes walked, slept, loved, and lived. A pleasure.