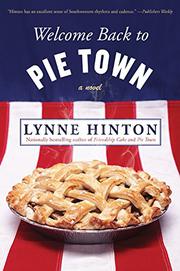 WELCOME BACK TO PIE TOWN

A fiercely protective New Mexican community unites to support its citizens in this feel good sequel to Pie Town (2011).

Raymond Twinhorse, whose father owns the local garage, is a troubled young veteran who suffers from PTSD after being wounded in Afghanistan. One night, he loses control, pushes his girlfriend, Trina, into a pot of boiling water, runs amok and ends up being accused of robbing the Silver Spur Bar. That same evening, a contingency of FBI agents raids a suspected drug operation, but instead of criminals, they terrorize a homeowner, an elementary school principal who suffers a heart attack. These two incidents set up the premise for the bland action that follows. Bucking against good Sheriff Roger Benavidez’s wisdom, one of the FBI agents goes after Raymond with a vengeance, intent on charging him not only with the robbery, but with illegal drug trafficking. But Raymond is proving hard to find, so his father, Frank, is taken into custody. The townsfolk, who spend a great deal of time at the local diner, decide to organize a rally to protest the FBI’s actions and to show their support for the Twinhorse family. For some strange reason, this apparently makes more sense to the citizens of Pie Town than engaging a lawyer to challenge Frank’s unlawful detention and the lack of due process. Trina believes Raymond is innocent, but she worries about his violent behavior and struggles with an important decision that could affect whatever future they may have together. Interspersed with religious and mystical themes and diverse characters, this story’s a bit too predictable for every palate, but it’s one that lovers of romance or inspirational literature might relish. And for those who enjoy baking, the author provides recipes for each of the pies mentioned in the book.

Hinton’s novel is loaded with sugar, but its plot lacks some much-needed spice.