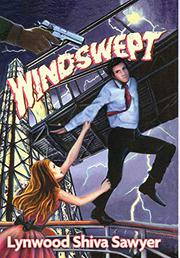 Sawyer (co-author: Other Arms, Other Eyes, 2016) offers a mystery/thriller set in modern-day New York City, featuring a couple under threat.

Meghan Joyce and Thomas Catherton Lockhart are both at turning points in their lives when they meet by chance. She’s just about given up on finding a decent man in New York; he’s just about given up on his own ability to be a decent man. He’s about to let himself fall off a cruise ship in the harbor when Joyce steps in and stops him; they quickly hit it off, but after a whirlwind year of romance, Lockhart informs Joyce he must break it off with her and never see her again. It turns out that the specific reason that he was going to end it all was because he’d become embroiled in the work of a nefarious multinational criminal named Locke Murdock. While trying to get himself out of the business and possibly make amends, Lockhart finds himself pursued by Murdock’s assassins—one of whom, Randall Yearwood, is a personal friend. Thus begins a chase around New York City, with Joyce sticking by Lockhart’s side; along the way, Joyce involves a man named Gil DeLeo, a shy chef who has a crush on her; and his friend, Barbara Anderson. There are a lot of fun elements in this story as it makes use of different settings around the city. Joyce, Lockhart, and Yearwood are all well-drawn characters; Joyce is shown to crave an escape from her dead-end job, Lockhart reveals a certain fussiness, and Randall is a hit man who never killed anyone whom he didn’t think deserved it. For the most part, this is a charming cat-and-mouse story, and it’s often amusing to watch the chase. However, the dialogue is sometimes clunky, as when Anderson tries to convince DeLeo of tawny-haired Joyce’s dangerousness by saying, “That woman might have a map of Ireland all over her face, but the capital city’s not Dublin, it’s Troublin’.” The descriptions can be overwrought, as when Sawyer says that Murdock’s “eyes harmonized well with his professionally jovial countenance.”

An often enjoyable romp, despite some awkward prose.