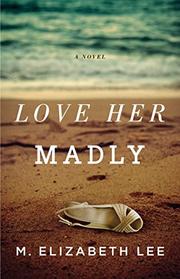 In Lee’s debut thriller, three self-centered college students become tangled in a love triangle that ends in tragedy. Seven years later, the survivors realize that the past rarely stays in the past.

When Glo transfers to a small liberal arts college in Florida, she's immediately seduced into friendship by the irreverent and glamorous Cyn, who introduces her to a lifestyle of recreational drugs. The two are nearly inseparable, so when gorgeous Raj shows up on campus and both girls fall for him, Cyn’s suggestion that they “share” him as a boyfriend, though unorthodox, seems like the best option for Glo, who falls in love with him but doubts her ability to outshine her charismatic roommate. The expected drama and angst ensue, and when the two girls leave Raj behind to travel to Costa Rica for a midsemester adventure, tension interferes with both their friendship and their rationality. While partying on the beach, they are chased by drug runners, and Cyn sacrifices herself so Glo can escape. Seven years after this infamous international incident, Glo and Raj, married but still harboring guilt and secrets, see Cyn on the streets of New York. Is she back for revenge, or is she merely looking for help out of a dangerous situation? The book attempts to wring a lot out of this question, but really: we don’t care! All three characters are one-dimensional and self-absorbed, both as teenagers and as adults, and though the narrative voice changes, the perspective seems pretty much the same. They hardly deserve any kind of happy ending, and the dramatic climax is silly and unearned.

A novel that could have worked if the psychology (and personalities) had more depth.