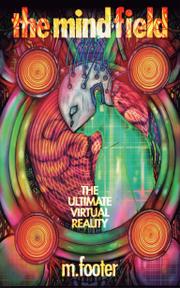 A small band of researchers carries out rogue experiments involving lucid dreams and discovers a vast, unexplored level of conscious reality in this sci-fi novel.

Computer scientist Max Cohen is moved by the plight of his cousin Luther, who’s been disabled and addicted to painkillers after a motorcycle wreck. Luther believes that he can somehow heal himself via lucid dreaming, but he needs Max’s technological expertise to achieve the appropriate REM state. Max enlists the aid of Randall Hauser, a nerdy social-misfit research assistant, and Liz Patel, a hypnotherapist specializing in curing drug abuse. Even he’s surprised, though, when they make the necessary breakthrough by using a special visor. With it, Luther goes where no living, aware human consciousness has gone before. He even returns from his dream journeys with unexplained, supernatural abilities, and the experiments unlock secrets about the nature of reality that might have been better left alone. One member of the small, brainy team, in particular, confronts the difficulties of leaping so far beyond the human paradigm. Debut author Footer’s transcendental sci-fi novel is part Altered States, part Jonathan Livingston Seagull, with Richard Matheson’s What Dreams May Come occasionally coming to mind. The author relates the story in plain but effective language throughout. A subplot about a Russian gangster, “Bloody Boris” Gorlov, who undergoes his own miraculous transformation and redemption, could have been as mawkish as a Hallmark TV movie, but it’s convincing in Footer’s hands. The author strongly develops the theme that a conceptual breakthrough can be a decidedly mixed blessing, and it’s one that readers won’t easily cast aside after finishing the final page.

A straightforward cautionary tale about unraveling reality to find out what lies behind it.

The Land of REM
by James S. Earl
Newsletter sign-up