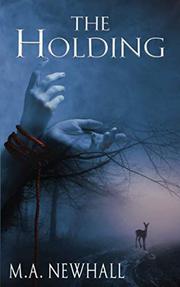 As the story opens, Sophie Kingston is still reeling from the death of her boyfriend, Josh, a year ago. She’s a 20-something mental health counselor, and she knows perfectly well that the overwhelming, drowning grief that she’s been feeling isn’t healthy, as she’s constantly consumed by memories of Josh and their time together. To take her mind off her bereavement, her wealthy friend Megan invites her to take a carefree vacation in Costa Rica. But things promptly take a dark turn when Sophie is kidnapped by henchmen of a man named Adrien, who, for the whole of his adult life, has participated in his family’s nefarious trade—kidnapping and “training” female sex slaves for wealthy clients. His first order of business is to break the will of the newest kidnap victims. Usually, his young victims are terrified—and Adrien sees such terror as a trusted tool: “He could recognize fear the way one could recognize one’s own face in a photographed crowd.” But Sophie confounds him, as she’s so thoroughly hollowed-out by her grief that even the terrible experience of being kidnapped barely affects her—and her memories and visions of Josh don’t stop, even her dire situation. Adrien is alarmed and intrigued by her, and the bulk of the rest of the novel compellingly depicts the unlikely, growing attraction between the two. This is a familiar, and ethically queasy, plot structure, but Newhall fleshes it out with depth, and the story’s readability is greatly increased by the engaging growth of Sophie’s character. The attraction between the two is extremely sexual, and the BDSM aspect of the narrative will not appeal to all readers. However, Newhall very smoothly expands the story to encompass the personal, as the two become more drawn to each other.